Keys to Giving Your Daughter Away

The news is out... Mary, my favorite youngest daughter is now a married woman!

She married an amazing German man, Tim Seefield on July 16th and couldn't be happier. For the next few years they will be calling the mountains of Flims, Switzerland home. A number of years ago, Mary and her sister Jessica went on a trip to Austria where they went on the Sound of Music tour visiting famous sites from the movie. That movie has always held a special place in the heart of our family - I must have watched it with my wife and daughters hundreds of times! (That's a miracle, coming from a former NFL player!!)

While in Austria, my daughters danced around the gazebo where Captain Von Trapp first shared his love for and kissed Maria, they splashed in the fountain at Salzburg and they dreamed of the men they would marry when they walked down the aisle in the chapel where Captain Von Trapp and Maria finally wed. When my daughters returned from their trip, Mary asked me, "Daddy, is there really true love?" And with all my heart I responded, "There is sweetheart. And I know that God is preparing the perfect man for you right now."

A little over a year ago Mary met her future husband Tim at a conference in Mammoth Lakes, CA.

It has now been a week since my favorite youngest daughter's wedding and I wanted to share with you a few of the things I learned from giving away my daughter in marriage and then sending her and her new husband off to Europe.

1. Giving my daughter away was way more emotional than I thought.

Mary is not my first daughter to get married. My favorite oldest daughter Jessica married her beloved Greg a few years ago. I knew it was an emotional experience from giving Jessica away. Let me tell you it doesn't get any easier! I am so grateful the Father opened up my heart and turned it towards my wife and daughters so many years ago. I have made plenty of mistakes along the way, but learning to love them and constantly pursuing them, led to an emotionally filling, special time with my daughter at her wedding. So many dads miss this because they are afraid to be emotional with their kids, or because they are giving away a daughter they never had a special connection with.

Dad's, don't miss this. You have been given a special key to unlock and hold your daughter's heart until her wedding day. Let your wife and your daughters teach you how to get in touch with your emotions so that you can be the one modeling for them what a true man looks like and also the man leading them to the next and only other man in their life - their husband.

2. Walking her down the aisle - WOW

As I walked into the room where Mary was waiting for me before the wedding, I got so choked up I could hardly speak. Mary said, "Daddy's its happening! I wouldn't be here right now without you." There are no words for a moment like that. I just grunted and cried as I looked at my beautiful daughter ready and waiting to walk down the aisle to the man of her dreams.

This wasn't the first time Mary and I had walked somewhere special together. For years I have been dating my daughters and escorting them to dinners, special events and time together. Those years of dating my daughter prepared both of us as I escorted her out and walked down the aisle with her making that moment even more precious.

3. New Families are God's Way of Blessing the Earth

Mary and her husband Tim had a dream of combining their families and cultures in the presence of God, making their wedding more about two families and two nations uniting and not just about two people.

Both our German family and American family had many 'AHA' moments as we spent time together before the wedding. We learned about the 'real' story behind our countries and culture. I have to admit, there were a number of times during our conversations where I tried to interject our 'superior' American culture and humor into the conversation while missing the heart of my new family in the process. I think they would say the same thing about themselves. After spending nearly two weeks together, the kingdom of God won out and our families got to be a part of Mary and Tim's dream that we would truly become one family.

God's plan for the whole earth has always been about transferring His kingdom into our hearts, surpassing our sense of national or cultural identity to make us into one people - HIS people. God's kingdom trumps all other nationalities and people groups.

4. I Can Trust God to Take Care of my Daughter

This is still something I'm working through, but I'm learning that part of blessing your kids is also giving them away and releasing them into marriage. That's a hard thing to do when you have a great relationship with your kids!

No matter how close or far away from us our kids are, the Father loves them and is taking care of them. He loves them way more than we ever could - and I trust in that. The Father has always been their ultimate protector. Sometimes we have to remind ourselves that God loves our kids more than we could ever fathom.

5. Not EVERYONE has seen the movie "The Sound of Music"

Do you want to hear something funny? Mary's husband Tim and his family had never even heard of the movie "The Sound of Music"!! Turns out it was much bigger here in America ;) That was almost a deal breaker for us, with as deep as our family's love goes for that movie. We've decided to give him a chance anyway ;)

For our Father-Daughter dance, Mary chose the song, Edelweiss from the movie. We danced together under the stars as the crowd around us sang along, "Edelweiss, Edelweiss, every morning you greet me..." It was a magical moment as I remembered Mary as a little girl dancing and twirling around to that same song, probably imagining even then that she would one day find her true love.

How amazing then that in God's plan she found so much more than just true love: She found a Savior who loved her so much He died for her, a father who adores her, a husband who cherishes her and family that will never let her go.

GOD'S PRAYER FOR YOU

Father, I thank you for the gift of fatherhood and family and daughters. I pray for all the Daddy's reading this, that You would reveal to them the key to winning their daughter's heart and then teach them how to protect it and cherish it until the day they give it away to the man of their daughter's choosing. I pray for those reading this who are longing for a relationship with their daughter like this, or feel they have already missed their chance. Father, would you show them that You are the God of second chances? Restore families! In JESUS name I pray!

The Father Loves you and sent His Son to let you know! 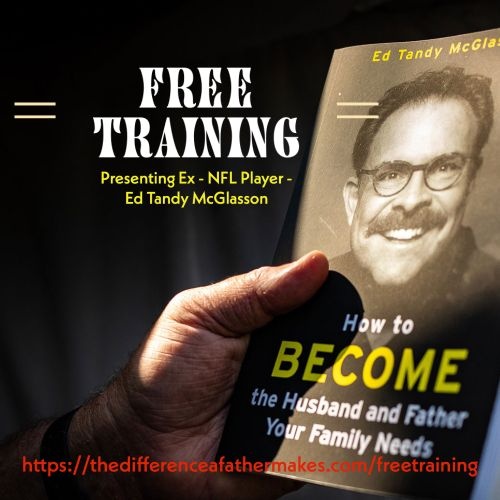